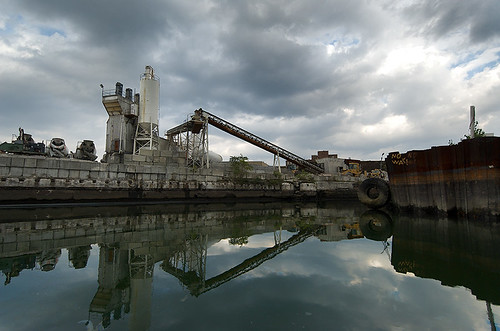 As the middle class, the upper middle class, and even the upper class continues to be priced out of Manhattan, developers have noticed that Brooklyn really isn’t all that far away from the center of the universe after all, and contains quite a bit of land just waiting for development.

The New York Times had an interesting piece earlier this week where Diana Lind, the author of “Brooklyn Modern: Architecture, Interiors & Design,” answered a number of questions about new construction in Brooklyn. 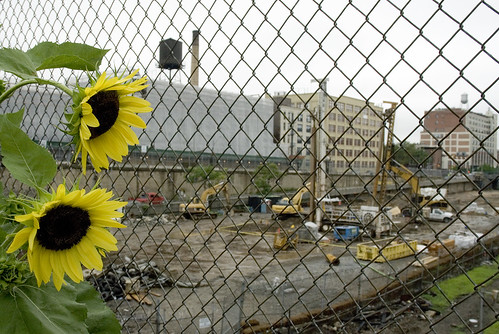 Atlantic Yards is a hot button in Brooklyn. Atlantic Yards sits across from Atlantic Terminal, a major transportation hub and mall in Downtown Brooklyn. Currently it’s a large, unsightly, fenced-in area filled with nothing. Bruce Ratner, CEO of Forest City Enterprises, has proposed a Frank Gehry-designed stadium for the Nets (as in, the New Jersey Nets), a hotel, residential units, and office space.

There are two reasons why many Brooklyn residents hate this idea: the proposed buildings are too high and would cast large shadows over neighboring areas, and many Brooklyn residents are being displaced to make way for Ratner’s plans. The latest development is that Ratner complained to the New York Times last month that he would need more tax dollars to build even a modified version of his plan, due to the current recession. Local politicians agree that the borough has been generous enough. Protests have been on-going; most recently in early April.

Red Hook is getting its own winery this summer, when the Scholium Project moves into a warehouse on Beard Street, not too far from Fairway. They plan to use only New York varietals, but have yet to come up with a name.

At least seven hotels recently opened or are being built in the Gowanus Canal area, capitalizing on the lower costs of industrialized land where hotels can go up without having to re-zone. As more tourists choose to stay in Brooklyn, the area will attract more restaurants and retail businesses, raising its profile. There are also plans to develop some of the contaminated lands around the Canal into mixed-income housing, retail, and community spaces.

And finally – Ikea is coming to Red Hook!