No matter how long I live in Brooklyn, no matter how many times I get off the L at Bedford Avenue, or spend the afternoon in Fort Greene Park, I don’t really think that anyone will really be able to call me a hipster. It’s probably because of this that I love looking at (and talking about) hipsters. They fascinate me. However, as far as I’m concerned, hipsters can only come from, live in, or hang out in Brooklyn. There may be plenty co-habitating in Alphabet City or repopulating Astoria in the hipsterian image, but to me, they’re a different breed. 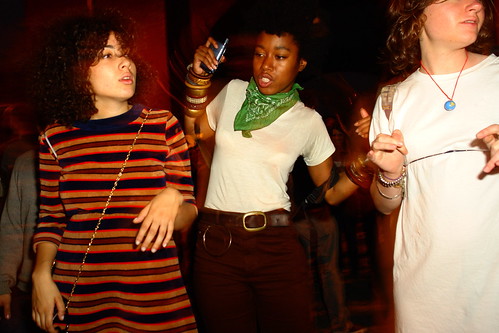 Wikipedia offers a pretty interesting history of the hipster subculture. The term “hipster” was first used in the 1940’s. In the 1990’s, it was revived to describe educated, urban, middle and upper class young people with liberal points of view and a particular interest in eclectic and eccentric fashion, music, and art. Sounds great, right? But a lot of people (in New York City especially) see hipsters in another way:

“The term is also used in a pejorative fashion, to assert that a person may be superficially following recently mass-produced, homogeneous, urban fashion trends, overly concerned with their image and the contradictions of their identity. Often in its negative connotation, ‘hipsters’ are considered apathetic, pretentious, and self-entitled by other, often marginalized sectors of society they live amongst, including previous generations of bohemian and/or “counter-culture” artists and thinkers as well as poor neighborhoods of color.” – Wikipedia 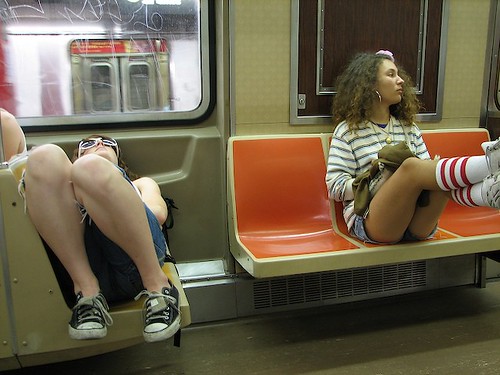 Hipsters remain top-of-mind in the local media and on the web. Just this past week, Gawker posted two hipster-focused stories. The Hipster Handbook is a cheeky “how-to-be-a-hipster” website and book. Urban Dictionary has more than six pages of definitions for “hipster” – acknowledging in most of them the now-familiar stereotypes such as entitlement and ennui.

But in the end, like most cultures, subcultures, and sub-subcultures, hipsters are just as conformist as anyone else, and instantly recognizable as a result. That’s certainly not going to stop me from looking and admiring them as if they were odd little animals in zoo – or stop others from taking surreptitious camera photos of hipsters and posting them on Flickr.