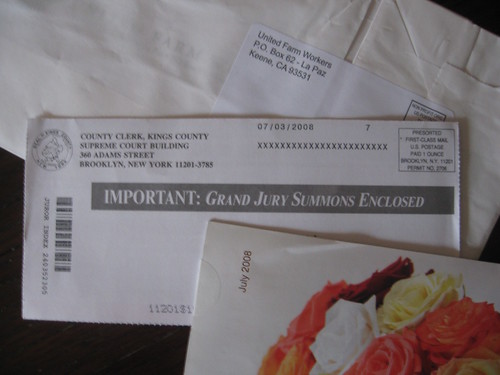 A few weeks ago, I received a jury summons in the mail. I had served on a jury before, when two women were suing the driver who caused a car accident that left them injured. The jury sat in silence for half a day before we were called into the courtroom and told by the judge that the case had been settled without us hearing a single word from either party. Immediately I realized that this summons was different. Rather than a regular trial jury summons, this was for the grand jury.

There are many ways to get out of serving on a trial jury. Whatever the case is, expressing bias in any direction – even just speaking up – will usually get you sent back to the big waiting room. Eventually – and it might take a few days – someone will send you home.

But the grand jury is completely different. 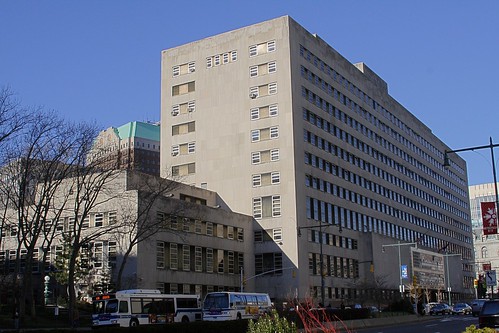 No one asks potential grand jurors questions about what they do, what their beliefs are, or if they feel they can be fair. The grand jury’s job is to listen to the assistant district attorney (and sometimes witnesses), and then vote on whether or not someone should be indicted. Grand juries may listen to and decide on multiple cases per day – as many as come up on that particular day.

Grand juries do not decide guilt or innocence – which is why no one cares if you’re an incurable racist. Unless you can’t speak English, are an illegal alien, or are a felon, you must serve on a grand jury if your name is called. The wardens told us we had one chance – when our name was called – to make any kind of case why we could not serve, but we were assured that it was unlikely any of us were getting out of grand jury service.

Normally, especially during the slower summer months, ten days of grand jury service would not be a big deal. But I’m out of the state on business for several days over the next two weeks, and believe it or not, I actually want to attend these meetings.

In the business that I am in, it is “out of sight, out of mind.” Our clients are so busy and work with so many different agencies, that they don’t have the time to call me up and tell me what happened when I miss a meeting. The onus is on me to show up and participate often enough that I’m not “accidentally” left off of the invite list for future meetings, brainstorms, etc. Travel is part of my job, and it’s a part that I don’t mind at all. But if I were chosen for grand jury service, there would be no way I would be traveling for the next ten business days.

I was nervous about it. I had printed out my itineraries and receipts showing the dates, the prices, and the fact that my plane tickets were nonrefundable. I was all prepared to be polite but desperate as I explained my situation. The wardens told us that they needed around 80 jurors and alternates. After they rid the room of felons, there were maybe 100 of us left – very bad odds. We were told we would know either way before noon.

So how, in the end, did I manage to leave the jury room with the knowledge that I would not be called back for another two years? I was one of twenty people who simply never heard their name called. Perhaps it was because I wrote down all the days I would not be in New York on “Part A” of my summons, and they just didn’t want to deal with someone who seemed to already have an issue serving. Or perhaps I just got lucky. But I practically skipped all the way back to my apartment. Case closed.