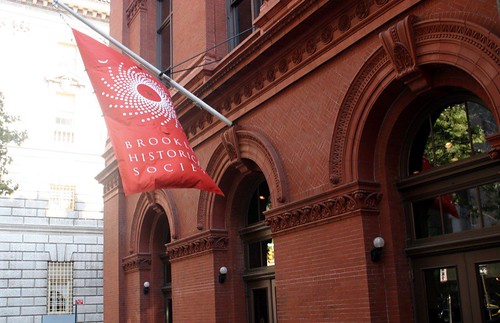 I had about eight topics in mind for this week’s post. Initially, I considered attending Wiimbledon, the Wii Tennis tournament held this past Saturday at Barcade in Williamsburg – but instead I went to the Belmont Stakes and was nearly cooked through by the sun. That would have made for a good post, too, except it had absolutely nothing to do with Brooklyn, or even with New York City, minus the fact that half of New York City was on the LIRR that morning.

But then, during a slow but muggy walk through Brooklyn Heights on Sunday, my friend and I found ourselves in front of the Brooklyn Historical Society at the corner of Clinton and Pierrepont Streets. They were cranking the air conditioning, so we bought two tickets. 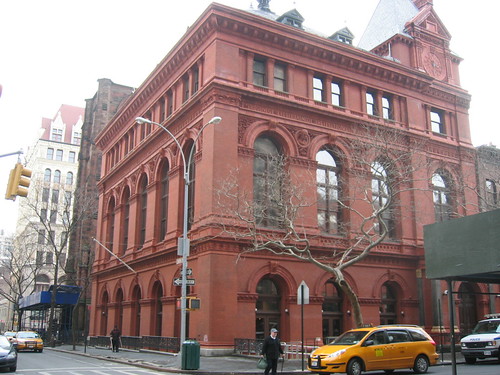 The nice woman at the front desk told us to take the elevator to the third floor and work our way back down. The third floor was hands down my favorite. There were a series of portraits of current figures in Brooklyn… when we stood in front of them, a pre-recorded message from each person started to play. Even better – stepping on all of them at once, then running downstairs! 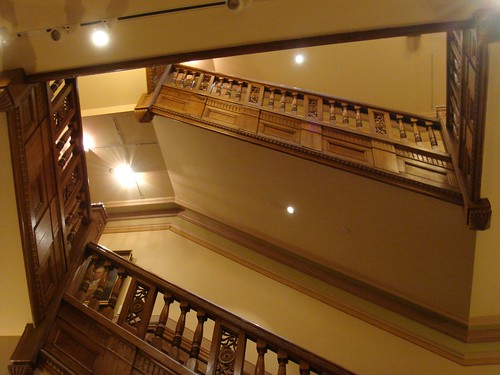 Not all of the exhibits were as interactive as that one. There are quite a few old photos on display, watercolor and oil paintings of Brooklyn, a Vietnam exhibit (partially sponsored by HBO), and cases full of children’s books from the 1800’s. Also worth mentioning is the setting itself – the Brooklyn Historical Society is housed in a national historic landmark, originally built in 1881.

Only some of the exhibitions are permanent, so be sure to check out the BHS website first. And stay cool.