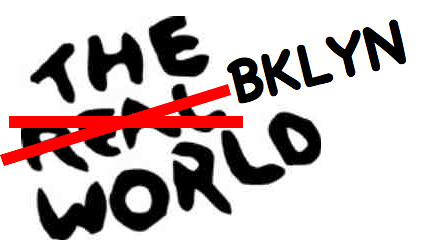 By now you’ve heard that MTV’s The Real World is coming back to New York City. After dealing with two casts already – the original seven and the tenth season – you would think it wouldn’t be a big deal to have to witness cameras following a group of self-absorbed fame-seekers (and they’re always so pretty!). But the reason every NYC –based publication has been falling all over themselves the past week is because MTV announced that, unlike the other two seasons, the new cast would not be housed in Manhattan. No, the Seven Strangers are coming to Brooklyn.

Hey boys and girls, welcome to my nabe! Downtown Brooklyn is honestly the last place anyone was expecting MTV to choose. It’s not cool, it’s pretty dead after 6PM, and no one seems to know where it is. Whenever I try to explain it to friends, they ask, “Well, isn’t that DUMBO?” I wish. Downtown generates so much shame in the people who live here that I’ve heard my neighbors tell outsiders that they actually live in Brooklyn Heights. Not with the MetroTech Center across the street you don’t!

But I’m not here to bash my own neighborhood. The truth is, I really like it here. There are tons of reasons for those who were picked to live together in a house to love Downtown….

And there’s plenty of shopping: Atlantic Center has Target, Victoria’s Secret, and Bath and Body Works, among others. The Fulton Street Mall stretches for several blocks, and is even home to Macy’s. 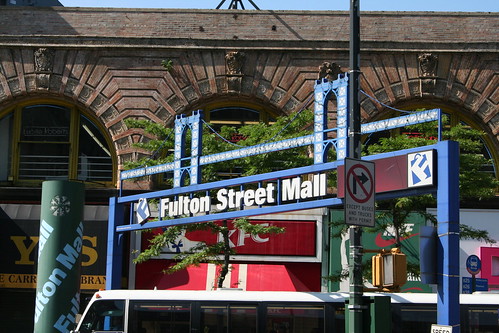 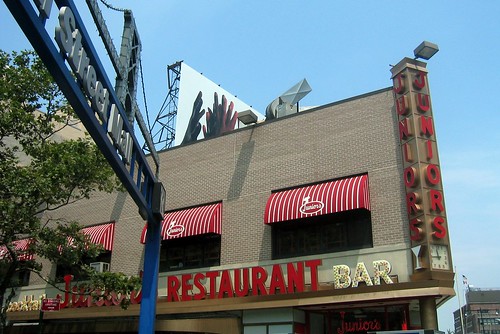 Also, we have parks! I wrote about Cadman Plaza Park a few weeks ago – it’s lovely, even with the Astro Turf.

Finally, if you need anything from the drugstore, we probably have about the largest collection of Duane Reade stores within ridiculous proximity to one another in any neighborhood.

So pay no attention to the haters. Places like Williamsburg or Smith Street are too easy and obvious – anyone can make it there. Watching a group of young, unsuspecting outsiders successfully navigate Downtown Brooklyn – a truly up-and-coming neighborhood – is going to make for some great television.