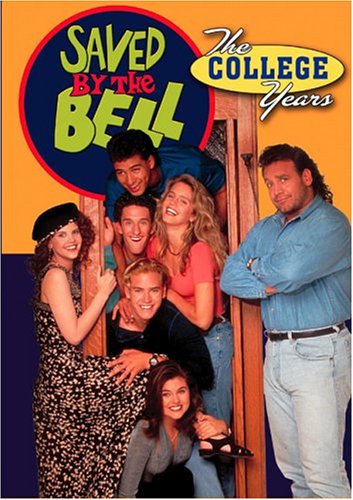 I plan on proposing to my girlfriend in the next couple weeks. Have any good ideas?

Wow, Pre-Nup, the fact that you are asking a Q-list Internet dating writer to give you ideas about something so personal does not inspire confidence in your creative/romantic abilities. You remind me of every close-minded dude from Bensonhurst I’ve ever met. Ya know, the type of guy who inserts casual racism into a conversation before even feeling out the crowd. The type of guy who actually refers to the ridiculous glamour shots hanging on the wall of Italian barber shops as a guideline for his haircut. The type of guy who speaks only in crass, quasi-religious assertions.

You did come to the right place, however. Not only do I have great ideas about everything, but I often think about how I will propose to my future wife. These ideas never get too specific, though, because a good proposal has to be based on the experiences a couple has shared. Aside from entering a stranger for the first time, it’s the most personal moment of your entire life, so make it personal.

Let’s first address the many pitfalls to avoid, because it seems like you are a prime candidate to fall into all of them at once…in perpetuity. Unlike your gel use, you should avoid cliché at all costs (an example of a cliché is the phrase “at all costs”). Absolutely, under no circumstances should you drop the ring into her glass of champagne when she gets up to use the bathroom. Not only is this unbelievably lacking in creativity, but it can also lead to a lost moment, coupled with massive internal hemorrhaging. All of the sudden you’ve dropped hundreds of dollars on a meal and she won’t even see the ring until it passes several hours later. Avoid restaurants altogether. Do not write something in the sky or on a JumboTron. Nothing is less romantic than a Yankee fan and since you probably are one it’s best you avoid all other connections to the Bronx Bombers when proposing. This includes removing your hat and covering all of your Yankees tattoos.

Now, how can you make the proposal awesome? I would suggest “little thing” stacking. It’s a theory I’ve been working on w/r/t proposing. Through words, travel or PowerPoint presentation remind her of a happy experience from your time together. Moments later, introduce another happy shared remembrance. These memories can be the tiniest thing, like a beloved candy, a first song or your mutual favorite Jew joke. During the course of an evening like this, that finally ends with you popping the question, make sure you are yourself. Warts tattooed over with Yankee insignias and all, this girl is in love with you for the unique individual you are. Be yourself and you can’t go wrong. Granted this scavenger hunt of memories idea is borderline cliché, but it makes a lot of sense if the goal is to create a heightened sense of the love you share. This concept is like foreplay to the inevitable emotional orgasm she will have upon receiving your proposal.

If you can’t stand the memories of your life together, my first suggestion would be to not get married. My second suggestion, since the divorce rate proves most married people don’t get along anyway, is to use one of the totally random ideas below. They may not be specific to the special love you share with your girl, but they are all unquestionably awesome. Remember the key to every proposal is to catch the girl off guard.

1) Allow for your girl to be kidnapped by a drug cartel led by an insane fire-breathing dragon with a spiky tortoise shell for a back. Track him down to the world’s most elaborate dungeon. Vanquish him and offer your girl a mustache ride, but instead of her paying you 5 cents, propose to her.

2) Have a helicopter drop the two of you at the mouth of an active volcano. Accidentally slip and fall into the volcano. As you fall to your death, shout out your proposal. Tragic? Yes. A little too Princess Bride maybe? Yes. Will every girl she tells this story to tear up a little for the rest of her life? Totally! Awesome.

3) Against her protestations about wanting to stay near her family and friends and keep the job she loves, move the two of you to Mexico. Foster her belief that you have gone off the deep end by pretending to fetishize all things Mexican. Buy a piñata and stuff it with coal and dog feces. Blindfold her and make her beat the piñata open. Do this everyday until she absolutely resents you to the point that she puts a bounty on your head. Buy a ring for exactly the price of the bounty. Put it in the piñata the next day (instead of coal and fecal matter) and propose to her when it falls out. Tell her it was all a test and you’ll be flying back to EWR that night. Talk about unexpected!

4) Cut open your abdomen and slip the ring just below the surface of your skin. Stitch this up. That night when you are having sex, insist upon her being on top. When she notices your bumpy abdomen wound, pretend you are in that classic scene from Alien. With no special effects, this will look really weird and lame, but probably still frighten the shit out of her. After you pop the ring out while making shitty sound effects with your mouth that mimic an alien emerging from your stomach, propose. She’ll love it!

5) Hire a random celebrity, like Bob Golic or Billy Mays to make an inappropriate pass at your girl at a bar while on vacation in Key West. Maybe have him goose her nunu. Something totally gross and inappropriate (remember, you don’t want her to suspect a thing!). Then punch him in the face. Have the random celeb pretend you knocked out a tooth, but instead he will pull an engagement ring from his mouth. Say, “Your inappropriate biscuit goosing made me realize something today.” Punch the celeb again and rip the ring from his hand. Propose. Not only are you engaged, but she gets to meet Bob Golic or Billy Mays. A win win!