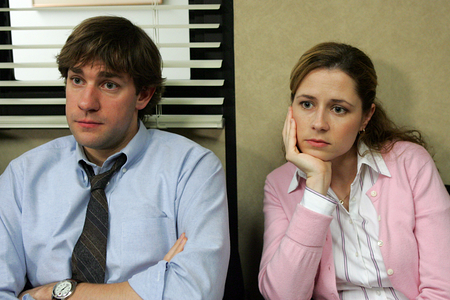 Girls in New York seem obsessed with what your job is. I don’t even have a job right now. It seems impossible to get laid. What do I do?

Signed,
Unemployed in the Upper East Side

You lie. Then after you are done with your first lie, you lie again. Later, when the perma-rush sets in, you just keep lying and pray the accompanying morphine drip it provides never stops. Then you end up in Liars Anonymous, but only after having had a ton of awesome adventures that you lied about. When lying, it’s always best to go with the most ridiculous thing. Uncomplicated or simple lies are easily ferreted out/don’t get chicks in the mood. Remember, women love to be lied to. It’s their main impetus for going out. Here’s a sample of how a simple lie at a bar might go down:

You: Hey, can I buy you a drink? (well-worn, but effective)
Girl: Sure. I’ll have a Cosmopolitan. (well-worn, but effective)
You: Thank god it’s the weekend, huh? Work this week was a nightmare. (pretty lame, but I had to move this dialogue along quickly)
Girl: What do you do for a living?
You: I work at Goldman.
Girl: Oh, my brother works at Goldman. What area are you in? Maybe you know him.
You: Uh, I’m, uh, I’m in commodities?
Girl: Bullshit sandwich.
You: What the hell does that mean?
(Girl is already gone)

I used to lie all the time. I couldn’t resist my innate urge to see just what people were willing to swallow. To their credit, they would usually call bullshit (sandwich) on the first go around, but then I would persist in my lie, adding elaborate details, and before I knew it I had someone believing the whole story. I vividly remember telling a girl I ran into on the Columbia quad that I was going downtown to swim with the sharks. I mean, that’s an insane lie. Of course there isn’t a shark tank in downtown Manhattan in which they allow civilians to just fuck around. That’s just not how the world works. But, see, the key to telling awesome lies is to flesh them out, to create the world in which something so preposterous is possible. I took out my wallet and told her I had just taken $500 dollars out of the ATM to put down for their insurance policy (by giving the number of $500 I sort of round out the truthiness since the max ATM withdrawal, as anyone who has ever dealt with a hooker knows, is $500). I didn’t show her the contents of my wallet and I’m pretty sure that’s not how insurance works, but if you throw enough blinding detail at someone they’ll start to believe anything. Remember when Congress voted to go to war with Iraq? Remember when Arnold and his friend were lured into the back of the bicycle shop by that pedophile? Yellow cake and lollipops, my friend. Lies are like sweet, sweet confection.

Girl: So, what do you do for a living, anyway?
You: I’m a cosmonaut.
Girl: You don’t have a Russian accent.
You: Well, my grandparents were Russian so they allowed me into the program. It’s sort of like in the World Cup or the Olympics when someone plays for the country their parents came from because they’re not good enough to be on the team in their home country. I tried out for NASA but they wouldn’t take me on account of my Russian heritage. They said I couldn’t be trusted.
Girl: No way.
You: Yeah, I know it sounds crazy, right? Cold War is way over. Anyway, yeah, I’ve done two missions so far. The rest of the time there’s a lot of down time so I compete in international snowboarding competitions.
Girl: You are totally lying.
You: I swear to you I’m not lying. These would be the worst lies to pick up a girl ever.
Girl: That’s true.

In the morning, when she wakes up in your bed, you lie and pretend you have to go into the office even though it’s a Saturday and international snowboarding cosmonauts don’t have offices, just so you can enjoy watching cartoons in peace. Also, this makes the post one-night stand farts way less embarrassing.

Side note about PONSF: What is up with this phenomenon? I have verified with both sexes that after a one night stand you wake up with an insane case of the farts. And then as you lie in bed with a stranger things get even more embarrassing as you try to hold them in and they turn into those weird, John Cage-like, experimental music internal farts. The kind that reverse back up in your system and sound like your freshman year roommate is practicing his tablas again. You know that book Everybody Poops that’s supposed to get kids comfortable with the concept of pooping? We need a book Everybody Farts so that adults can finally get over themselves and not have to endure hellish Saturday mornings rife with potential colon damage. Everyone farts, people. As long as they aren’t smelly, let’em loose (NSFW). Don’t get all plantation owner on your farts just because we as a society are stuck in the Antebellum of Fart Consciousness. Imagine a world-weary fart standing at the precipice of your sphincter, singing the most soulful rendition of “Let My People Go” that you’ve ever heard. Don’t keep the song chained to the auction block that is your body. Toot that shit out of your “underground railroad” and into the world (though lots of people get stoned in college, I’m pretty sure that’s the first instance a colon has ever been referred to as an underground railroad, though I can envision a world in which some racially insensitive college stoners refer to their poops as traveling down their underground railroad in the same way that some people say they are dropping not just their kids, but the Cosby kids, off at the pool).

In conclusion, lie about your job if you want to get laid on the Tonic/Bull’s Head Tavern east side of Manhattan scene, but pop an anti-diarrheal before bed, post-coitus. And remember, just as I created a slavery-ridden lower intestine, it’s all about the worlds we create for ourselves.