I just finished watching an interview with Throbbing Gristle (TG) on BoingBoing.  Remember Throbbing Gristle?  Maybe you’ve heard of Psychic TV or maybe just Genesis P. Orridge?  Anyways, these guys literally pioneered electronic noise music in the early ’70s.  Their music is chaotic, strange, dark and at times vulgar.  Subsequently (yes I like the downer tunes), these guys inspired many of my favorite musicians and bands today.

What I found particularly fascinating was that Richard Metzger, one of the interviewers for BoingBoing, asked the band about that “telepathic working method” that they would get into while making their music.  And the band agreed that the creative space that opened up is available when they make music alone or together and is probably what many musicians tap into when creating music.  I was so thrilled to hear that.  I don’t particularly like TG’s sound but the fact that this creative, telepathic space was mentioned piqued my interest.  (I will return to this in a minute.)

One of those bands-perhaps not directly influenced by TG, but definitely buoyed by the music genre that they helped hatch-is Depeche Mode. (I can feel some of you contorting your faces at the fact that am mentioning these two bands in the same blog–deal with it.)  I loved Depeche Mode back in the early ’90s.  Their music was so catchy and driving and thoughtful.  But then in the late ’90s and into the new millennium, I had lost interest in their music as it became hollow and flat sounding to me.  Then just a few months ago an odd thing started happening, I suddenly had a full out, re-lapse, love affair with their early music.  I devoured Music for the Masses, Black Celebration, Ultra and Songs of Faith and Devotion all over again.

I learned that their new album, Sounds of the Universe, was released on April 21st in the U.S., and that half of the album was recorded in New York. I also discovered that Dave Gahan (Depeche Mode’s front man) has lived in New York City for the past 10 years.  I was (and still am) beside my self over the quality, depth and… (wait for it) spiritual positivity pouring forth from this album…  Talk about telepathic creativity! These guys are in total unison; some songs on the album like Come Back and Peace are simply glorious. 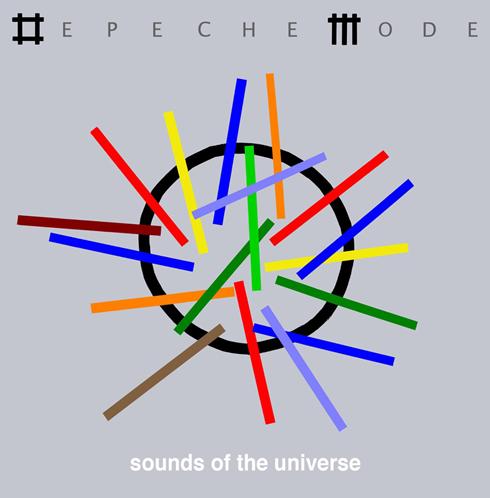 I believe that the telepathic connection to the creative source in ourselves and in each other is a spiritual situation.  That level of creativity, flow, telepathy-whatever you call it-belies the unity that is inherent in us and points to our participation in the creative process.   Why is this particularly spiritual?  Because as I see it being spiritual means a deeply felt and rational truth.  It means a clear conviction that life is inherently positive; that profound order, limitlessness, infinite potential, deep ease in and trust in life; a sense of responsibility for making life better; leading a moral and ethical life, and pioneering new orders of relationship with life and others is more important than the material world.  Whether it is pioneering an entire music genre or creating an album that sings with a higher truth, it honors that immaterial, reaching upwards and into new, not yet created realms and domains.  Creating music is one level of spiritual creativity but imagine that telepathic flow and connection with everyone you know or work with or live with?  Imagine what an extraordinary culture we could be sharing in and creating together if we all focused on and got very interested that telepathic and creative flow together… right here… in New York City together?
Jimmy Kimmel Live – feel the love from the back row!